Watch and share the first wedding in a 360-degree virtual reality tour.

Kerala witnessed a wedding extravagance for the business tycoon Ravi Pillai’s daughter’s wedding and reception. At this opulent event Dr. Arathi, daughter of Ravi Pillai became the better half of Kochi-based Dr. Adithya. Hundreds of million rupees are being spent for this single event and right from the invitation card to the entertainment programs it is the ‘jingle of silver’ is being echoed.

The marriage was solemnised at the auspicious time between 11 am and 11. 45 am.

Programmes that showcased the art and culture of Kerala was held at the venue before the marriage was solemnised.
Manju Warrier, Shobhana, Gayathri, Soorya Krishnamurthy, and Vettikavala KN Shashikumar performed at the venue.

Behind the massive arrangements.

The people behind the massive arrangements and preparation are not ordinary figures. At each unit of the event, super figures in the industry are delegated. 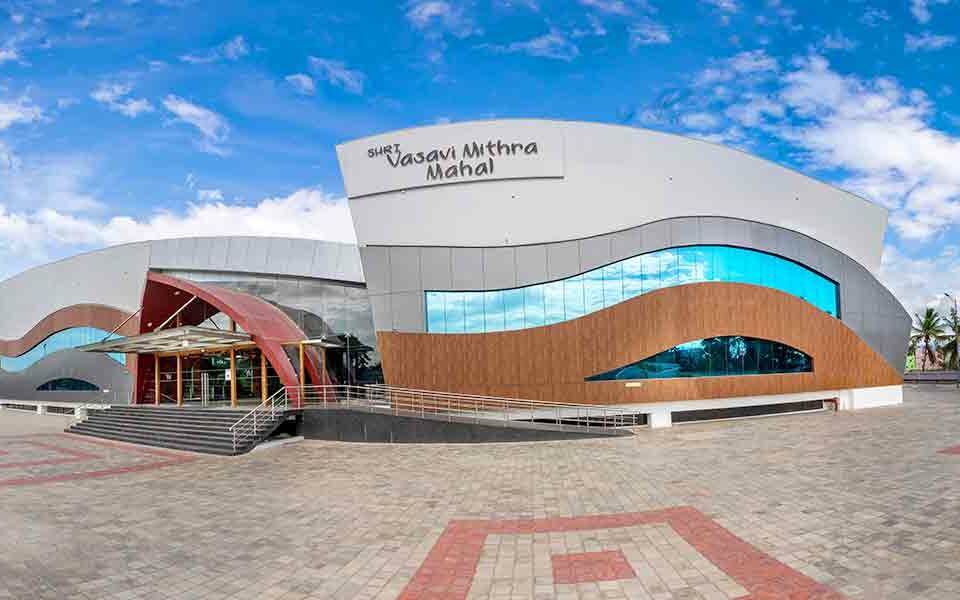 The 360 virtual tour of the World Spa & Wellness Convention helps the online visitors to visit the event again and again from anywhere and at any time.

Take the 360 virtual tour of Arabian Travel Market Dubai, UAE. This online virtual tour helps us to watch the ATM exhibition at our convenience.

Take the 360 virtual tour of the Global Village online and explore the leading multicultural amusement park from anywhere and at any time. Just a click!